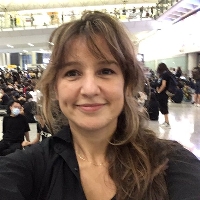 A campaign by Zeynep Tufekci Thank you for visiting this fundraising page I have set up to support the work of Doctors Without Borders/Médecins Sans Frontières (MSF)—especially in Yemen.

Over the past year, we've seen a steady stream of pictures of malnourished and injured children trapped in Yemen’s horrible war. The New York Times describes Yemen as “mired in conflict, with rebels holding the capital and Saudi Arabia bombing them, with American help.” The United Nations says that “acute malnutrition rates among children under 5 have reached 31% -- more than double the emergency threshold of 15%.

Yet, there is little to no attention to the many millions of victims in this country, already impoverished before this hellish war.

Yemen is not easy to access. Not only does that mean little news from the country, it also means that many people are trapped—no refugee outflows and also no aid convoys.

When prospects for the political settlements that are needed, for Yemen and the region seem at times hopelessly remote, at least we can support the few brave organizations working on the ground, trying to deliver humanitarian aid to millions of victims. War is hell and nobody deserves it, least of all children.

Given the gravity of the crisis, why not try?

Doctors Without Borders uses these donations to deliver urgent medical care including treatment for malnutrition, emergency surgery, and lifesaving vaccinations for people around the world.

Thank you for your support. This donation is tax deductible in the United States. You can learn more about MSF by visiting www.doctorswithoutborders.org.

UPDATE ONE: Maciej Ceglowski (@pinboard) has agreed to match donations up to $15K, so this page has already collectively raised $45K.

UPDATE SIX: We have another match; an anonymous match for $2,600. Thank you! That brings the total matched amount to $26,600 (with the first $15K triple matched!). We've collectively raised $68,200 with the matching donations, and it's still going strong.

UPDATE THIRTEEN: Matt Claypotch (@potch) is matching for another $500.

UPDATE FOURTEEN: 'Twas the night before Christmas. And we had just raised $55,600 in donations, all of it matched, some triple-matched. And then, "anonymous software engineer" contacted me with another $10,000 match. A new goal: $66,100. We met every match, and here's one more. One more day to Christmas, and seven more till the year ends.

UPDATE FIFTEEN: Nathaniel Irons (@irons) has added a $1,000 match which was immediately matched with donations!

On the night connecting Christmas eve to Christmas day on 2016, our collective totaly raised passed $150,000.

UPDATE SIXTEEN: Two more matches! Mike Gorton (@MikeGorton) and @OhSoSuzi have matched for $5,000 and an anonymous contributor added another $500. Our matched goal is at $72,600!

UPDATE EIGHTEEN: Two more matches. An anonymous match for $500 and Ivan matched for another $1,000. We now have $75,100 goal that has been doubled with matches! (And some tripled!)

UPDATE NINETEEN: Mike Stipicevic (@wickedchicken) has matched donations for another $2,000, raising our matched total and goal to $77,100. Three more days!

UPDATE TWENTY: New matches have come in, for $2,500 (Update: wants to remain anonymous) and another for $2000 (Update: Greg Dyer) and $500 (update: prefers to remain anonymous) and $50 and $50 (Brian Baresch). I've asked the kind matchers how they would like to be identified. Until they, indicate how, I'm just listing the amounts and adding the total to our matched amount!

Also, to make the calculation more transparent, I am adding to the goal the $15,000 that @pinboard matched, since it adds to the total though it was meant to triple match the first 15K that I put up (or so I thought from his tweet? :-D). That makes our calculation less complicated and more transparent, and reflects our match total correctly: $97,920.

LAST UPDATE: We've collectively raised $229,855 (updated). We had a total of $102,000 in matches. You've contributed $127,855 on this page.  This campaign started out of despair; I wondered if it was a stretch to thing we could raise $15,000 to match my initial contribution. It happened in 24 hours, despite the fact that I had posted on a Friday afternoon. And then many more people joined in, matching, donating, encouraging, sharing.

Every penny donated here is doubled, and some of it has been tripled. Every match is verified and vouched for through receipts.

Also, some employers match, too so you should check that when donating. (You will see a box to check, and then you can enter your employer. Check if your workplace is included here).

I'm raising the goal only to matched amounts. Matching helps because it helps people join together, to provide support and to make a statement. If you want to match, contact me at zeynep at technosociology dot org and I will add you to the page.

For people whose donation is being matched: the matches are being done independently (since MSF is not set up for citizen matching the way we're doing it!) but are all being verified.

Yemen already was one of the world's poorest countries, and the war has made the already fragile humanitarian situation into an emergency.  Let's at least support the people working so hard to alleviate the suffering.

THANK YOU, EVERYONE FOR A GREAT COLLECTIVE EFFORT. FINAL TOTAL TALLY: $229,260.

Disclosures: Some of the money I will use to match these donations comes from honoraria I got from speaking opportunities where I engaged companies whose policies have much impact in the world. I am also lucky enough to have a stable job and can add my own funds.

Although they need the money for operations in Yemen, donations through this page will not be earmarked, because the organization actually knows how to best allocate the resources it gets.