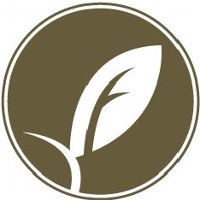 A campaign by Treeleaf Zendo

“Heaven and Earth give themselves. Air, water, plants, animals, and humans give themselves to each other. It is in this giving-themselves-to-each-other that we actually live. Whether you appreciate it or not, it is true.”


“Even if a person throws the rinsings of a bowl or a cup into a village pool or pond, thinking, 'May whatever animals live here feed on this,' that would be a source of merit.”


Giving (dana) has been part of Buddhist society from its very beginnings.  Just before his awakening, the Buddha himself received a gift of rice porridge from the lay woman Sujata, who took pity on his body which was emaciated from long ascetic practice, and the early sangha was entirely dependent on food offerings from their alms round in order to eat.

In the Dhana Sutta, the Buddha speaks of seven treasures, of which one is the treasure of dana (generosity):

Similarly, in Mahayana Buddhism, generosity is one of the six perfections of a bodhisattva, and the one that is seen to come first.  If we cannot be generous with others, on what basis do we call ourselves bodhisattvas, which is nothing other than a path of service to all beings?

In Entering the Mind of Buddha, Reb Anderson says that “Giving is the warm heart of bodhisattva practice.  Generosity attends and responds with kindness to whatever turns up, including all people and events we find challenging. It is graciously receiving all aspects of our life. When it is perfected, the joyful practice of giving includes all bodhisattva practices.”

In Buddhist terms, it is seen that in the practice of giving all three parts of the process – giver, receiver and gift – are empty of self and the entire notion of ownership is one that is entirely fabricated.  We come into this world with nothing and leave with nothing.  What we are is completely made of other and will become something else after we leave this visible world.  How then, can we claim ownership of anything?

In the relative world, however, we work to earn money so that we can own clothes, a house, food and implements to cook it with, a car etc. This temporary legal ownership of possessions allows us to practice generosity by giving what is notionally ours to someone else, as objects, our time and energy or, as is common, in the form of money.

The Buddha said that “A gift of Dhamma conquers all gifts” (Dhammapada, 354) and we are all in receipt of a huge gift of dharma in the form of Treeleaf itself and all of the teachings presented here. Although we may voluntarily contribute to the running of the Zendo, in fifteen years Jundo has never demanded a penny for what he founded and gives to every day with his energy, knowledge and care for each and every one of us. What we give in return is our practice and what we do with it in the world, through our jobs, our relationships and how we treat all sentient beings.

At this time of the fifteenth anniversary of Treeleaf, we consider it important to acknowledge that we do not just practice for ourselves but for the sake of all beings. Therefore, as part of the celebration we wish to benefit others and are asking if sangha members will consider donating to Doctors Without Borders (https://www.msf.org/). As most people will know, this is a fantastic organisation which provides medical assistance to people affected by conflict, epidemics, disasters, or exclusion from healthcare. Their teams are made up of tens of thousands of health professionals, logistic and administrative staff - most of them hired locally.

Donations are, of course, completely voluntary but we would love it if you could help celebrate Treeleaf’s anniversary by contributing to our campaign to raise money to help others through the work of DWB.  Giving is both part of our practice and the fruit of it.  Let us be generous with that fruit.